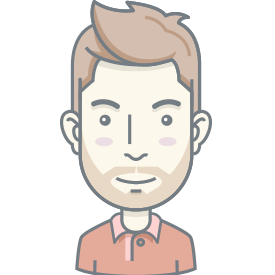 I remember when we first bought a house. In addition to being overwhelmed by furnishing an entire space and keeping track of my kids, I was also worried about maintaining the equipment that came with the place. Unfortunately, I misunderstood the guidelines involved with maintaining my HVAC system, which lead to trouble later. We discovered clogged coils, damaged electrical cords, and ventilation trouble. I want you to know how to avoid these same air conditioning mistakes, which is why I made this blog. Check out these tips to keep your expenses to a minimum, and to keep your home comfortable.

If you notice rust on the air ducts in your home, air duct replacement is usually the best option. Rust is typically a sign of a much greater problem with your central air system, such as condensation forming on your air ducts, causing them to rust. Condensation can lead to mold growing in your home, and it's also often a sign that your air ducts are poorly insulated. Replacing them will help increase your home's energy efficiency, reducing your heating and cooling bills. Below, you'll find three reasons why you need to replace rusty air ducts in your home.

1. Rust Can Open Holes In Your Air Ducts, Allowing Air to Leak

Air ducts are relatively thin, so they're prone to rusting through when rust starts to form on them. Holes in your air ducts allow air to escape from them into the unconditioned spaces in your home, which reduces the effectiveness of your home's central air system. Leaking air can also create problems with airflow in your ducts, and some rooms in your home may not receive enough air to keep them comfortably warm or cool.

2. Rust on Your Ducts Means They're Poorly Insulated

Air ducts start to rust when condensation forms on them. Warm, humid air in the unconditioned spaces in your home will condense on the cold metal surface of the air duct. This only occurs when an air duct isn't properly insulated.

Air ducts can either be insulated with a liner inside the duct or by wrapping it in insulation, and both will prevent condensation. A liner insulating the air duct from the inside prevents the metal from becoming cool enough to allow condensation to form, and insulation wrapped around the outside of the duct prevents humid air from making contact with the metal.

When you have condensation forming on your air ducts, it means that you don't have either form of insulation. This makes your home less energy efficient, as the air in the ducts will be warmed up or cooled down by the air temperature in the unconditioned spaces in your home.

3. Rust May Indicate the Presence of Mold in Your Air Ducts

Rust in your air ducts is often a sign of a much greater problem, as it's caused by poor insulation leading to condensation forming on the ducts. Replacing your rusted air ducts will stop the condensation from allowing mold to grow in your home, and it will also help make your home more energy efficient by preventing air from leaking and insulating your air ducts. If you notice rust on the air ducts in your home, you should strongly consider calling an air duct replacement service and having all of them replaced in order to increase the efficiency of your central air system.